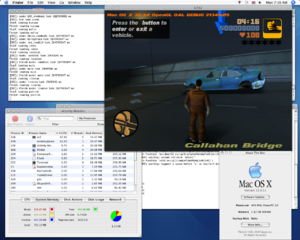 Implied, immediate, absolute, absolute indexed, zeropage, zeropage indexed, stack relative, index indirect, indirect indexed, all with or without pre/post increment/decrement. Much can be combined. Stack relative addressing is very helpful for C programming, where variables are often transferred to the stack when calling a function.