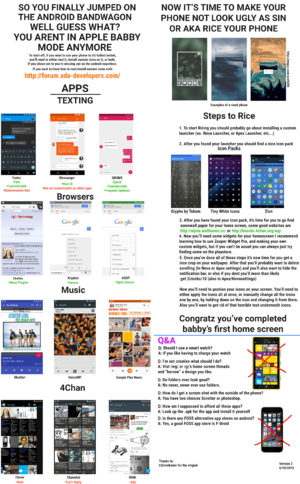 A launcher is basically a desktop environment for android. This area consists of your home screen, and many things can be put on here for convenience, such as icons for apps and widgets such as clocks. You do not have to root or install a custom ROM to install these.

There's also a few minimal launchers, that don't offer much customization, but are very light and fast. 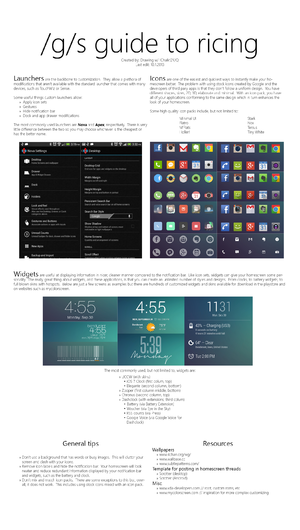 Kustom Live Wallpaper is an app that lets you make live wallpapers. If you are looking to do anything advanced, or super creative, then KWLP will let you do that. If someone has some crazy rice, where you have no idea how it was made and it barely looks useable, then chances are it was made in KWLP. It can be daunting for new users so here are some guides: