MOVE CANDIDATE
This page is being proposed to be moved to somewhere else. Relevant discussion may be found on the talk page. Reason: List of GNU/Linux distributions or Choosing a GNU/Linux distribution as per wikipedia:Wikipedia:Naming conventions (capitalization). Not to be confused with categories.

CLEANUP CANDIDATE
Relevant discussion may be found on the talk page. Reason: Article is incomplete

To-do: Flesh out descriptions and shit, add photos of DEs

Before researching and choosing the right distrobution for you, you must have in mind what you want to use it for. Facebook machine? Programming? Gaming (lel)? A secondary consideration is hardware. Linux generally tends to play well with underpowered or aging computers, but you may want to try lighter distros.

There are three things you want to compare when distro shopping.

For more information, visit each distro's homepage, Wikipedia, and DistroWatch.

A community-developed distro focused on stability. Has the biggest user base if you include distros based on it. Comes in various releases with different tradeoffs of stability/up-to-datedness. More or less the most important distro.

Takes Debian Testing, makes sure its packages are usable, adds drivers, adds handholding, and adds spyware. Not to fear, it's easily removable ([fixubuntu.com]). Comes with Unity by default. Repo is supplemented with user-maintained PPAs, so if it's available for Linux you can probably find it here. The most popular desktop distro with the most guides and solutions on various forums.

Developed by Canonical, the evil empire of the free software world.

Takes Debian Stable and rices it for you. Openbox, Tint2, the works. Comes with drivers. Uses stable and backport Debian repos.

Developed by Red Hat, probably the biggest corporate backer of GNU/Linux, as a testing bed for its commercial RHEL distro. Bleeding edge - usually the first major distro to start shipping with new developments such as Wayland.

Developed by Novell as a testing bed for its commercial SUSE distro. Best implementation of KDE, and great GNOME integration. Has a well-regarded integrated configuration tool called YaST.

A community-developed distro focused on simplicity and vanilla-ness of its underlying parts. No handholding or preconfigured defaults - setting up the system is left to the user. Has the most bleeding-edge packages, so be prepared for the possibility of things breaking when you update. Great for learning how a GNU/Linux system comes together.

Takes Arch, preconfigures everything, and gives it an easy graphical installer. Also maintains its own repo of more stable packages in addition to the Arch repos.

How new r u

Ubuntu has been the go-to distro for new GNU/Linux users for several years. Unfortunately, the developers have recently made some choices that do not reflect the best interests of users or the wider GNU/Linux ecosystem. Ubuntu ships with spyware that sends your desktop searches to Amazon for the purpose of displaying ads in your search results. It is highly recommended to follow the steps at [fixubuntu.com] immediately upon installation. Despite this, it is still a solid distro for newcomers and continues to be extremely popular with desktop users, with a great support community.

Now you can do WMs 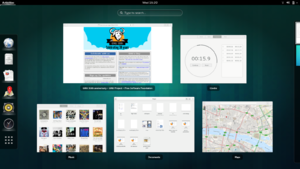 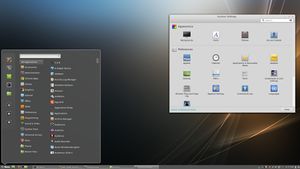 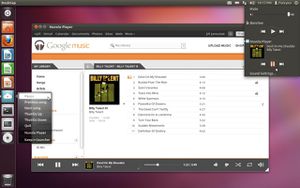 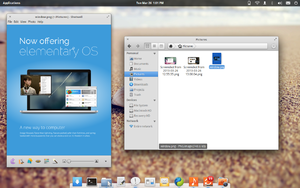 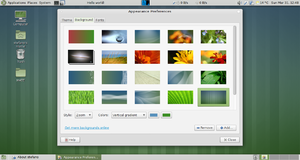 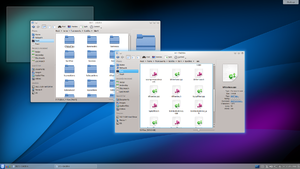 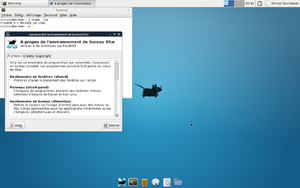