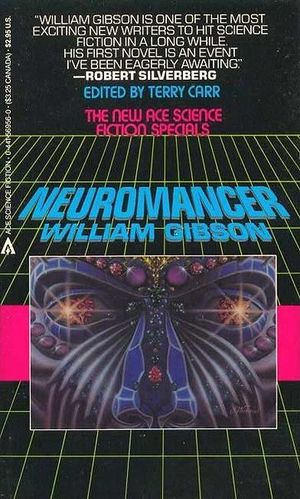 Cyberpunk is a subgenre of science fiction that's "high tech and low life." The genre generally focuses on the conflict between hackers and corrupt governments and megacorporations, in a dystopic near-future setting. Subtexts of the genre, like in William Gibson's prophetic novel Neuromancer, often deal with the social (and occasionally economic) impacts of new technology like cybernetics.

On 4chan's /g/, /g/punk threads are up often. 8chan has it's own dedicated board, /cyber/. One of /cyber/'s main contributors, Akitaro Wantanabe, runs a cyberpunk info repo.

The only way to stay private is to stand out. The automated systems that look for specific points of your bodies and use that information to identify you. Obfuscate these points using the methods suggested and you'll be on your to living a life free from data laundering.

For a more in depth definition, see Tor and their Official Website.

For your smartphone. Remember, no matter what you do to your phone, the entire way it works, down to the proof concept(s), hurts both your privacy and anonymity drastically.