From InstallGentoo Wiki
Revision as of 03:01, 2 March 2019 by Chchjesus (talk | contribs) (Moved the "What does /g/ use" section to the top of the page, and reordered some of the recommendations to fit better with what /g/ actually uses)
(diff) ← Older revision | Latest revision (diff) | Newer revision → (diff)
Jump to: navigation, search 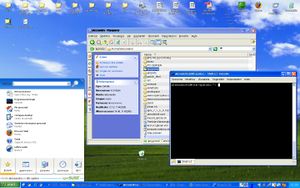