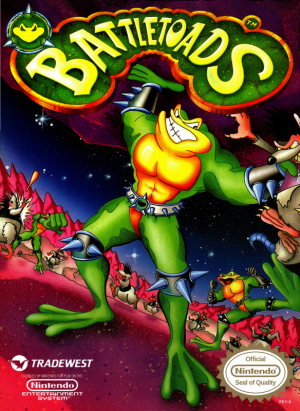 Muh gaymes is the primary excuse for people not fully joining the GNU/Linux master race. However, our lord and savior Gaben wants you to think otherwise.

Microsoft Windows is currently the premier PC gaming platform. This is due to several factors; including pre-installation agreements with major PC vendors, relatively poor driver support for other platforms by hardware manufacturers, and the favoured position enjoyed by Microsoft's proprietary DirectX technologies in the modern games industry.

Linux has for a long time been game-free, mostly due to developers not bothering to create Linux versions because Windows has a much larger gaming-userbase (which is only because Linux doesn't have games). Valve (the company behind the largest digital platform for games, and developer+publisher of many famous/popular games) however, is slowly increasing support for Linux. So far they have ported most of their games and their Steam service over to Linux, as well as recently releasing their own Linux distribution; SteamOS. With the release of the Valve Steam Deck (which runs on Linux), most Windows games can now be played with Valve's own compatibility layer; see Steam Proton.

DOSBox is a free and open source MS-DOS emulator designed with classic games in mind. Binaries are available for every major modern operating system. To those without MS-DOS experience, DOSBox might seem a bit confusing. For a list of supported and assistance in getting them working, refer to the DOSBox Compatibility List and the DOSBox Forums.

Wine is a free and open source compatibility layer that is capable of running many Windows programs without emulation under the following POSIX-compliant operating systems: Linux, Mac OS X, and BSD. For a list of supported games and instructions for getting them working with Wine, refer to the Wine Application Database.

An API, mostly used as a library for creating digital gemes exclusively on the Windows platform. DirectX is a massive package that consists of badly written libraries that handle everything from graphics, sound, input to your optical disc drive. There is absolutely no reason to use DirectX in any application since there are a plethora of free, multi-platform libraries that do all those jobs much better.

Or Open Graphics Library is a multi-platform API developed by Khronos Group. Unlike DirectX which is a package of multiple libraries, OpenGL only deals with rendering of 2D and 3D graphics. And unlike DirectX you will never have to deal with Microsoft to use it.

Steam Proton is Valves own in-house compatibility layer for Windows built games. It's like Wine, but proprietary and even handles kernel-level Anti-Cheat after collaborating with Epic Games to bring the Easy Anti-Cheat system to the Steam Deck. It does not however, bring compatibility to games running BattlEye.

To install and use the Proton compatibility layer first select the game from your library and right click to open up the options menu for the game. Under the compatibility settings you'll need to select a non-experimental version of Proton and tick the enable Proton box. You'll then be able to install the game and launch it as usual. You need to do this for every game you want to install using Proton.

Is an internet dependent anti-piracy method. Some DRM types require only one time activation during installation process, some require full time internet access. Despite overwhelmingly negative criticism and dubious efficiency, companies strap DRM onto games for already more than 10 years. Legitimate buyers experience a rainbow of different issues with all types of DRM. Pirates are not affected by it at all. Since the dawn of time every company claimed that they created an uncrackable system only to be cracked shortly after.

Is a way to create realistic look by darkening the corners and concave areas of 3d models that are affected only by ambient lightning. Most devs implement ambient occlusion even with direct lightning which can be a stylistic choice in some cases but mostly it's just lazy programming.

Basically the further you are away from the camera textures tend to misalign so anisotropic filtering is used to align textures back. There is absolutely no reason not to max it by default in every video game since the performance impact is barely noticeable. It is still a big mystery to why every hardware benchmarking test from popular web sites and magazines include AF in the settings lists, but universe may never know the answer.

A common way to fix the problem of "jaggies" on outer edges of 3D models. There are multiple AA methods that "fix" the problem in a different way, with a different effect on the performance.

While downsampling cannot be compared to other AA methods, it is widely used by gamers and is by far the superior way to fix the problem of jaggies in video games. It works by running games at higher-than-native resolutions and downscaling them back to one's native resolution. 95% of all vidya does not have this feature but there is a way to force it via user-made software and stock GPU control software. It will also render games at much better quality. But with high quality comes a performance penalty that is higher than any other AA method.

Is an effect that gives certain glow to rendered image. Clearly a stylistic effect but for some reason it is included as an options in many many games.

Mesh is a collection of dots, lines connecting dots and planes that fill the space between lines. It is what plebs call "3D models".