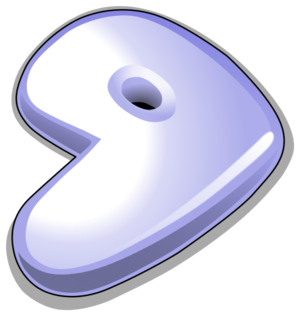 Because of this highly manual approach to installing the system, always keep in mind that installing Gentoo will probably be literally the longest operating system install in your life, EVER. You have been warned. Take your time when installing Gentoo, expect the installation to be a wild ride of problems, achievements and milestones, and don't try to rush it. If you're a NEET with literally nothing else to do you might be able to rush a Gentoo installation in at least 24 hours; if you're a busy person with a day job and friends, it might take you over an entire week to set everything up.

To make yourself an idea of what awaits you (and in case you fell for the "INSTALL GENTOO" maymay): on a 2014 mid-end quad core laptop CPU with 8 GB of RAM, setting up the minimum system (the stage-3 tarball + Portage snapshot) will take you about an hour, compiling the kernel an hour and a half (assuming you're cheating with genkernel instead of undertaking a manual compilation and fixing an endless series of kernel panics), finishing your basic installation another hour, installing the graphical interface at least 2 hours (because the GUI is an optional component in Gentoo), and installing Google Chrome or Firefox at least 2 hours each while the entire software compiles from source code. And that's assuming you're the luckiest person in the world and don't run into a single problem, pitfall or having to mess with a poorly documented system component -- if this happens, add at least another 4 hours. Oh, and if you're planning on using a LUKS volume, add another 4 hours while your system fills a 750 GB disk with pseudorandom data using a fast drive filling method because /dev/urandom is too slow for this task.

CloverOS is a system made by /tech/ and /g/ user Jesus (also of the 8chan IRC. It hosts its own repository of binaries, and has a customized version of FVWM as its default desktop environment. It has many preinstalled binaries for the 8chan user in mind. It has become popular enough to have independent reviews, and its own entry on DistroWatch.