Difference between revisions of "Google" 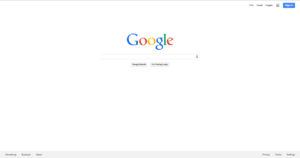 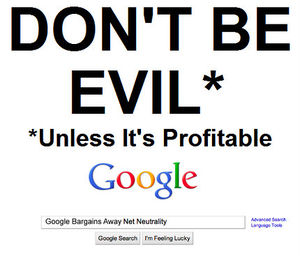 Google is an American multinational corporation specializing in Internet-related services and products. Most of its profits are deprived from AdWords Google was founded by Larry Page and Sergey Brin at September 4, 1998 Googles unofficial slogan was "Don't be evil."

Google's Eric Schmidt now works for the pentagon while still working for Google.

Google is considered by many on /g/ to be a botnet. It is cited as such because of their disregard for the privacy of users, and the fact that all information entered into Google search and Google Chrome is harvested.