Difference between revisions of "MacOS" 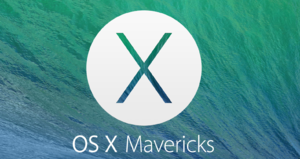 OS X is Apple's proprietary Unix operating system. It is built on top of the Darwin kernel, which is open source software derived from BSD, NeXTSTEP, other free software projects and Apple's own code. It is POSIX-certified, but but since certain optional functions are not implemented, it cannot claim full compliance; it does however comply with the Single Unix Specification of 2003. It has a uniquely designed & user-friendly graphical user interface and enjoys moderate application support.

OS X is a mix of user friendliness and Unix power. It sports a friendly GUI like Windows does and has the support of several niche applications like Adobe's Creative Suite and digital audio workstations. However, unlike Windows, it is built on top of the time-tested rock solid Unix foundation, making it especially suitable for programming and scripting.

OS X, like Linux, used to be an irrelevant demographic. It used to be that you could open pretty much any file you wanted without fear of running malware that targeted your system.

However, as Apple gains more and more notoriety, this is changing. Though iOS is certainly more affected, OS X is also becoming susceptible to malicious programs.

One should never abandon Common Sense, no matter the operating system they use. It's always best to be safe than sorry, and it helps keeping good habits alive.