Cherry currently produces the most popular switches for mechanical keyboards. They offer a number of clicky/non-clicky and linear/non-linear variants of their switches to suit the needs of the typist. The switch variant can be determined by looking at the color of the stem.

The inner workings on a mechanical keyboard switch, with detailed information on the loudness, force required to activate etc.


Cherry MX black switches are linear (non-tactile) switches, these are considered one of the best switch types for gaming. When gaming, having a tactile bump does absolutely nothing because you're going to be bottoming out anyway. So these give you a very smooth feel. The actuation and release points are at the exact same position as well. So games that require a lot of double tapping become easier than on any other keyswitch. However, most people don't enjoy typing on them that much do in part, to their linear nature. If you're a person who tends to hit a wrong key every so often while gaming, these will be beneficial in that the high actuation force will help prevent many of those accidental presses.


Cherry MX brown switches are considered a middle ground between tyning and gaming switches. They have a light, tacticle feel half way through the key press that lets you know the switch has activated. This gives you an indication of what you can release the switch. The switch is considered a middle ground because the rest point & actuation point are close enough together than you can “float” at that point, enabling you to double tap faster. As a note: this switch actually has a peak force of 55G, it is 456 at the point of actuation. This is due to the design of the Cherry switch itself. 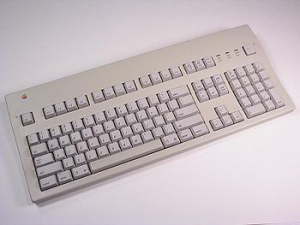 Most homosexual keyboard ever made, It has a retro rainbow Apple® logo, It's a mechanical keyboard and It looks better than that geeky old-fashioned non-retro IBM® Model M™