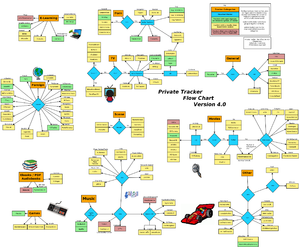 Private trackers provide the same functionality as public trackers, but are generally invite-only. The overall concept is to promote extensive file retention among users with shared interests. If you feel that your content needs are filled on public trackers, private ones may not be worth your time.

How secure is a private tracker?

This depends entirely on the precautions of the operator.

Some trackers on the other hand maintain an interview system.

It's recommended to use different emails, usernames, and passwords on each site you join. Refrain from posting on forums, a good percentage of tracker staff are power hungry / unqualified and go out of there way to find ban-worthy offenses.