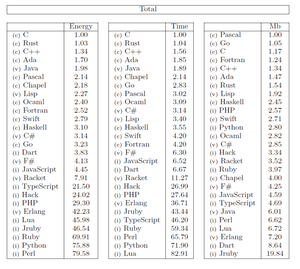 There are MANY languages, and there are constant arguments on /g/ about the best language, with no general agreed upon language. Below is a list of languages frequently voted for/against, and simple explanations as to why they are liked/hated.

Again, each of these languages is subject to through debate about whether or not it is good or bad, and most of the time the problem you are trying to solve will usually dictate what language you should use.