Difference between revisions of "Python" 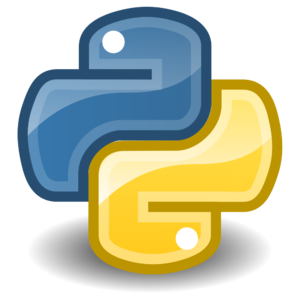 Python is a wicked cool [sic] interpreted scripting language that a lot of people start their programming journeys with. It has an easy to read, dynamically typed syntax that appeals to beginners and people who suffer from great sloth.

Python was first an idea in the 1980s, with its main author being Guido van Rossum. Until 2018 he was the benevolent dictator for life (BDFL) because of his pivotal role in deciding the direction of Python. It was originally designed as a teaching language, and ease of learning still guides much of it's development.

Python code is often compared to pseudo-code, because of it's simple and intuitive syntax. The following program will print numbers from 1 to 10:

There are several ways to run it. If you have idle installed, you can press F5 to run a script. If you are working at a command line, you might type:

To be able to run it like you would a bash script or executable, make the following line the first line of the file:

Then use the `chmod` command to make the file executable.

Printing to the screen is always the most basic introduction to a programming language.

Variables are a way of representing data with human-readable names.

As you can see, we used the variable in the print() function and concatenated it with the rest of the string "World!".

Python, like all languages, can do math as well.

The above program will display the sum of 5 and 6 (11, you pleb). You can use any of the following operators:

Augmented assignment operators are available for each standard mathematical operator:

...and so on. As a rule of thumb, an augmented assignment operator can be constructed by taking its equivalent mathematical operator and appending an equals sign: + becomes +=, - becomes -=, etc.

The two currently used versions of Python are Python 2.x and Python 3.x. While Python 3 was released more recently (in late 2008), many libraries, frameworks, and other dependencies use the older version. As a result, many programmers have not made the switch and dependencies continue being written for Python 2.x. While it is recommended that programmers use Python 3.x now, use of Python 2.x is still acceptable due to third-party support.