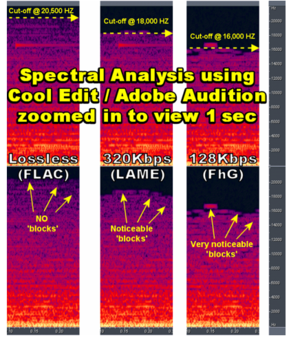 Don’t panic and look up the table. WAV (PCM), ALAC, APE, AIFF, FLAC. This is a rote memorisation question which you can obviously look up your notes on unless you are a very slow reader/memoriser. Now they can throw you a curveball by adding things you might not have heard of (basically impossible) but don’t worry just google it if it’s something weird like that.