Here you will find info on the various devices which can store your data. 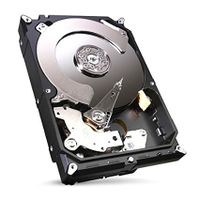 If you want an external drive for storing or backing up your data, it is actually wise to instead purchase a internal hard drive an and external case for said drive. The reason being is because most external drives come pre-installed with unneeded bloatware, such as cloud sync software, back-up programs and manuals. Plus external drives sometimes don't even function like normal drives. My old external drive doesn't even let me defragment it, which is pretty bananas.