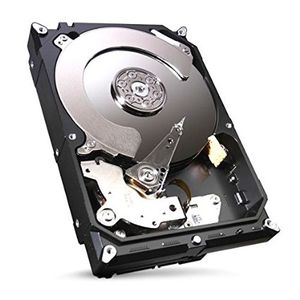 A Hard Disc Drive (often abbreviated HDD) is a data storage device used for storing and retrieving digital information using one or more rigid ("hard") rapidly rotating disks (platters) coated with magnetic material. Invented in 1972 by IBM under the name "Smart Drives", hard drives work by a magnetic head on an acutator arm "inscribing" (or writing) data to the platter. Think of someone writing in a book, where the pen is the magnetic head and the platter is the paper. Data is accessed in a random-access manner, meaning that individual blocks of data can be stored or retrieved in any order rather than sequentially.

If you want an external drive for storing or backing up your data, it is actually wise to instead purchase a internal hard drive an and external case for said drive. The reason being is because most external drives come pre-installed with unneeded bloatware, such as cloud sync software, back-up programs and manuals. Plus external drives sometimes dont even function like normal drives. My old external drive doesnt even let me defragment it, which is pretty bananas.