From InstallGentoo Wiki
Revision as of 00:20, 18 August 2022 by Lmaolmaolmao (talk | contribs) (A quarter of the content is noise and filler.)
(diff) ← Older revision | Latest revision (diff) | Newer revision → (diff)
Jump to: navigation, search 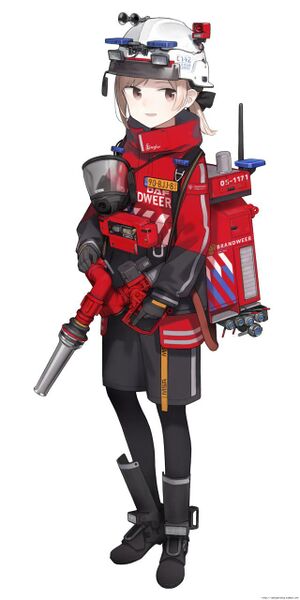 Brandweer-chan is coming to save you

Everything is on the expensive side, but as long as you're middle class or higher, you're good. Half of your income is probably going to healthcare and taxes, but you'll get some of the best facilities available in return. There's a fuckton of jobs in IT with lots of startups.

The Netherlands is the second country (after Chile) to implement net neutrality.

Compared to the rest of Europe the speeds are pretty good but there's some pressing issues. Costs vary greatly on where you live; worst case 25E for "25/5" Mbps on copper to best case 35E for 1/1 Gbps fiber.

You can check available speeds on Breedbandwinkel. For a complete list you can usually find one on the website of your gemeente.

The only provider which actually cares about your freedoms is XS4ALL, but they recently got bought and are getting killed by KPN. All customers will be switched to KPN by 2022. Former XS4ALL workers founded Freedom Internet and is slowly getting traction, albeit quite expensive.

When internet was privatized a long time ago, KPN got hold of the phone lines (DSL family) and Ziggo got hold of the coax (famous green 'tv cables' running into your living room). They maintain a massive monopoly in the ISP domain and are known for some shitty practices:

Quite some big cities are plagued by this monopoly, but recently there is some improvement in municipalities trying to gain traction when it comes to fiber.

Fiber is pretty cheap and nearly always symmetrical. Most go for 500/500, however 1 and 10 Gbps are available in some places as well. The fiber infrastructure is open for all providers to join, so if there's a lot of providers active in your area, prices can get dirt cheap (30-50 euro for gigabit).

All new-built houses are equipped with two strands of redundant fiber and many smaller towns are already converted to fiber with excellent local providers.

New / second hand tech products: Tweakers. Much better alternative to Marktplaats when it comes to tech stuff. Its Pricewatch allows you to compare product prices across the major distributors. Cock.li mail adresses and VPNs are not allowed however.

New stuff: bol.com. Similar to Amazon. Speaking about Amazon, they are active in the Netherlands as well but it sucks. If you really need to use Amazon, you can take a look at our German neighbors' Amazon instead, they have much more products. In the future we might see a battle between Amazon and Bol, but for now Bol has a solid foot here.

Flea markets: Koningsdag. Each year on the King's birthday everyone sells their old stuff on the streets. Get up fucking early to scout if you want to spot them gems. Another good option are local flea markets.

Nowadays (especially with the rise of the Wuhan Flu 2020) a lot of personal scams are happening on e-markets and semi-targeted on messaging platforms. The police will not be able to help you because they have got bigger fish to catch. Never trust those with low or few reviews and try to visit the person who you're buying from.

They fucking keep changing the postal service every 10 years, now it's called PostNL. Recently notorious for underpaying and exploiting their employees, with sometimes horrible and horrendous results but overall they do well.

PostNL has a deal with AliExpress. Your packets typically arrive in 2-3 weeks.

Orders above 22E are subject to VAT, see the buyfag guide for more info. If you feel like taking a risk, contact the seller to put a lower value on the box. Importing a phone with 15E on the label will obviously not work and will get you into trouble with the customs office.

Most drugs are illegal but no one really cares until you're making trouble or carrying more than personal use. Ordering drugs online or real life is easier than ordering a stamp. You can even legally get your drugs tested on purity/contents at some hospital branches without police interference, to reduce risk of going bad.

If arrested, you are allowed to withhold your passwords and secrets such as encryption keys, fingerprint and the unlock code of your phone. "Nemo tenetur (right to remain silent)". Jail time is fairly short as focus lies more on rehabilitation. Unfortunately this is exploited by some criminals to do shady shit so when they get caught, they get a pretty chill time in prison compared to many other countries.

The AIVD (analog of NSA/BSD) has some really talented people working for them and they can go to extreme lengths to fuck up your shit. Judging from Dutch news outlets, their main focus lies on targeting large deep web operations and political interference. Alongside unspecified wireless tapping, the recently adopted Sleepwet (shorthand Wiv) law (see wp article) allows for unspecified wired tapping which is pretty bad. Though unless you do anything very shady you're fine as the Netherlands is by far no dystopian clusterfuck.

The Wiv is bad when it comes to privacy. However, the Netherlands makes up for it with the AVG law (better known as the GDPR). It's a massive game changer with regards to how companies and institutions operating in the EU manage your data. You have the right to see and delete your data, and if the company handles your data carelessly, they are mercilessly fucked. Like brutally fucked with massive sanctions and shit. Likewise whenever there is a leak, they are forced to let the AVG supervisors know immediately. Even a hospital got slapped with a 460.000E fine for insufficient protection of patient documents.

The Netherlands is part of the Nine Eyes.

When the Crypto AG secrets got unveiled, it turned out the Netherlands helped the NSA to rig sensitive Turkish communications. The Netherlands benefited from this cooperation too but I can't find the source from Nieuwsuur (it's somewhere out there).

Though the Dutch government has some pretty good digital services, it's a meme that they're extremely bad with IT. They fund a lot of IT projects (e.g. digitalizing public services) but they fuck up every time (e.g. way too short of budget, then the project inevitably failing).

Public transit requires you to check-in and out with an OV chipcard (similar to Britain's Oyster), which logs every place you've been. This data has been used before to check which students commit housing allowance fraud.

As of July 2019, there's a €95 fine for non-handsfree use of a phone while riding a bicycle. Reading books or preparing your lunch on the go is fine though. Biking drunk is technically not allowed, but how else are you going to get home. In fact, the authorities prefer you riding home drunk by bike so you don't opt for driving a car instead.