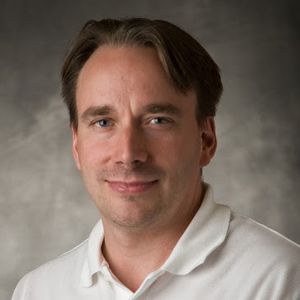 Linus Torvalds is the creator of the Linux kernel and the Git version control system. He is a Finnish-American software engineer and is employed by the Linux Foundation as the coordinator of the Linux project. He's been known to tell off C hackers when he feels they've been flaming their opinions excessively.

Unix was a really well made Operating System, but many people disliked the fact that it was proprietary software. GNU aimed to replace Unix with their own free Operating System. They started this effort by building the core components to an Operating System. There was only one problem: they still had to program the kernel. When they got stuck, Linus Torvalds saved the day. Another contributing factor to Linus created Linux, a 16-bit open-source Unix-like operating system, in response to personal issues with the licensing agreement for a different operating system called MINIX, which was created by Andrew S. Tanenbaum. MINIX was intended for academic use and it's modification and redistribution wasn't free. Linus eventually got pissed off with MINIX and decided to collaborate with GNU by writing the kernel they needed in response to that.

Linus eventually bought a new 32-bit CPU and MINIX ran poorly on it. After he was disappointed with the horrendous results of his MINIX tests on 32 bit CPU's, he decided to write Linux with 32-bit CPU architecture support. Linux was developed on MINIX and compiled with GCC. In 1991, he blogged about this on comp.os.minix. The original name of the Linux kernel was "Freax", but the person who hosted the FTP server named the directory "Linux" instead.

Eventually, the Linux source code was licensed under the GPL version 2 and the GNU core userspace programs were integrated into it. Eventually, a controversy arose whenRMS became upset with a large portion of people simply referring to Linux based operating systems as "Linux". Richard felt that "GNU/Linux" was a more appropriate name when referring to operating systems which employ the Linux kernel in respect to the work contributed by GNU. A penguin named Tux was adopted as the mascot of the project.

Linux became regarded to by majority of people as the most portable and stable kernel around, and has since become used in desktops, production servers, embedded machines, and almost anything else you can think of that requires an Operating System. Microsoft dismissed Linux at first, but eventually realized, that there are certain use cases where Linux is far superior to Windows. They eventually conceded their tireless battle against free software, and are now adopting the concept of free software to some of their business.

In the first 11 years of Linux development, code was passed around using patches and tarballs. When many programmers became tired with this inefficient practice, they adopted a proprietary distributed version control system called BitKeeper.. One day, some kernel hacker wanted to do something that was unsupported with BitKeeper, and wrote a hack for it. He reverse-engineered the DVCS's protocol and did whatever it was he needed to do. In response to the breach in the softwares licensing agreement, the company with ownership of BitKeeper revoked the license of all kernel hackers. The very next day, Linus wrote Git. He crushed BitKeeper's monopoly on the VCS market by making a faster, scalable, more simple, safe distributed version control system. Linus, with only a week of work put into the project, annihilated all of the competition in the VCS market. The Linux kernel source code was migrated to Git, which tracks it to this day. Linus eventually stepped down as the maintainer of the project and passed the torch on to somebody else. He probably had his hands full with the Linux kernel.

"Well, with a subject like this, I'm afraid I'll have to reply. Apologies to minix-users who have heard enough about linux anyway. I'd like to be able to just "ignore the bait", but ... Time for some serious flamefesting!"

-- In an argument with MINIX creator Andy Tanenbaum, 1992

"WE DO NOT BREAK USERSPACE!"

-- In response to a kernel developer who "breaks userspace"