Difference between revisions of "Emacs" 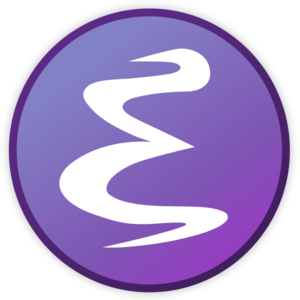 Emacs (Editor MACroS) is an extensible, customizable, text editor. At its core is an interpreter for Emacs Lisp, a dialect of the Lisp programming language with extensions to support text editing.

It is often lovingly referred to as its own self-contained operating system. There is a humors feud between users of VIM and users of Emacs. Followers of Emacs are called members of The Church of Emacs. You can read about this here.

This was the first program released by the GNU Project.

Plan9 doesn't like Emacs. This is the man page for it. Very clearly they are against it. Also this happened.

GNU Emacs is frequently mentioned in jokes on the GNU Humor Archive, and even has a song.

Emacs uses the insane UNIX keybindings, meaning this keybindings also works for bash, and much others: (C means Ctrl and M means Meta (Which can be esc or alt)