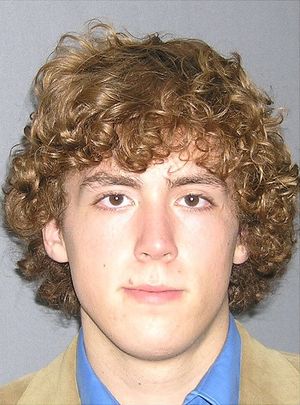 David Kernell (also know by the handle Rubico) (b. circa 1988, d. 2018) was a former oldfag that in 2008 leaked the contents and information to Sarah Palin's Yahoo email account to /b/. He was a 20-year-old economics major at the University of Tennessee Knoxville when he guessed the security answers to enter Palin's Yahoo! account, changed the password to "popcorn," and then posted the new password, family photographs and some emails on 4chan under the pseudonym "Rubico." In November 2010, a trial was held. He was sentenced to 1 year and 1 day of imprisonment and three years of probation. This probation was later moved to a halfway house with two more years added to his sentence.

Fundementally, Sarah Palin (similar to the Hillary Clinton Email Scandal later-on) was using Yahoo for official government buisness. She incarcerated this man for doing nothing, and essentially ruined his young adult life.