The Mother of All Demos 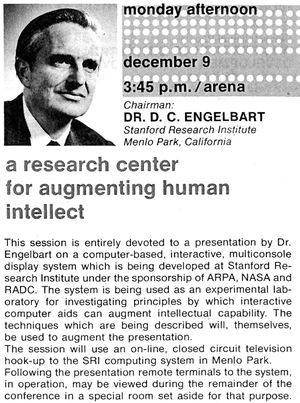 The announcement for the 1968 conference, it is billed as "A Research Center for Augmenting Human Intellect"

The Mother of All Demos is a colloquial name given to a presentation from 1968 for the NLX Machine by Douglass Engelbert in 1968. It was fundamentally a realization of the Memex machine by Dr. Vannever Bush in his famous essay As We May Think. It introduces numerous concepts now standard to computing, including Hypertext, using a mouse (years before Xerox), telecommunications, wireless networking, versioning, and several other things. 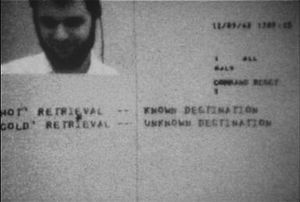 Demonstrating early attempts at Videoconferencing and Collaborative-editing during the presentation

It is widely considered one of the most significant events in the history of the development of the computer.